In the past a probe against Walmart was ordered by Indian government to ascertain any market access lobbying and foreign direct investment (FDI) violations. However, the mandate of this probe was still not clear.


Now as per media reports the probe against Walmart may include ascertainment of the alleged beneficiaries of the payments made while engaging in industrial lobbying. As per the company the lobbying was made in US for the purposes and territorial jurisdictions of US alone. The company has alleged that it did not utilise any portion of the amount for its Indian business.

The crucial question that has to be ascertained by the investigation officer is whether any portion of the lobbying expenses have been utilised in India and used for the purposes of influencing the decision on FDI by Indian government.

If it is found that Indian entities or individuals were involved in the alleged lobbying expenses then the other terms of reference that are being finalised would be looked at. The government would also look at possible violations of Indian laws including the Prevention of Corruption Act. The Enforcement Directorate is also investigating separately if Walmart has violated the provisions of the Foreign Exchange Management Act by investing in an Indian entity even before foreign direct investment was allowed in the sector.

As on date many e-commerce companies, whether Indian or international, are not complying with e-commerce laws and regulations of India as well. Legal experts have been suggesting that e-commerce regulations must also be enforced rigorously against both national and international e-commerce players.
Posted by PTLB at 5:45 AM 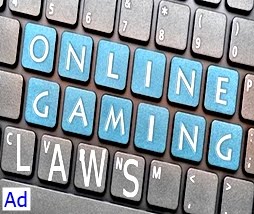